Today marks the start of Frugal Fun for Boys' Craft Closet Boredom Busters Week! Today I'm sharing one of our easy cardboard crafts with a Cardboard Tablet and 10 games that had us all laughing! 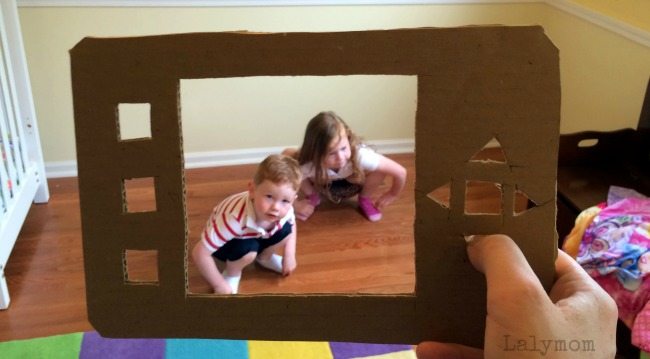 I'm extra proud of this one, because my super clever daughter came up with the main idea, I just added the craft!

In the Lalymom household we all know how to use tablets. Yep. Even the young bub. But they still love pretend play, LEGO and lots of other fun stuff. In fact, a tablet even inspired my daughter to create her own game in real life!

One day I was sitting on the couch and she said to me, “Mommy pretend I'm in a video game! Press the Up button and I will jump, press the Run button and I'll run! You have to get me to the next level!”

Now I had no idea really what to do but I pretended, lifting my hands in the air as if I was holding a tablet and she was on the screen. She ran in place, jumped, squatted and twirled as if she was an action hero in a game. It was SO funny to watch her react to my pushing buttons in the air- not to mention, she was getting quite a workout!

Little did I know it would be my turn next, but hey I figured I still hadn't met my Fitbit goal so why not?! So we took turns playing and then went on with our day.

A week later I was contemplating ideas for this Craft Closet Boredom Buster series and thought, ooooo what a super fun toy we could make to go along with her new game!

Related: 20+ Ways to Have Fun With a Cardboard Box

So I grabbed a big old Amazon box and a box cutter and went to work. Now a word of warning, of course if you are using a box cutter or other sharp tool be sure your kids are safely away from the blade, be sure to protect your work surface and always cut away from your hands and body.

One piece of cardboard

If your cardboard is still in the form of a whole box, cut it out so you just have a rectangle that is roughly the size of a piece of paper.

Working on a protected surface, on the far right side cut out one small square surrounded by four small triangles, one each pointing up, down, left and right. On the far left side cut out 3 small squares, one above the next. In the center cut out a large rectangle. If you like you can round the corners of your “tablet.”

Done! Now you're ready to play! 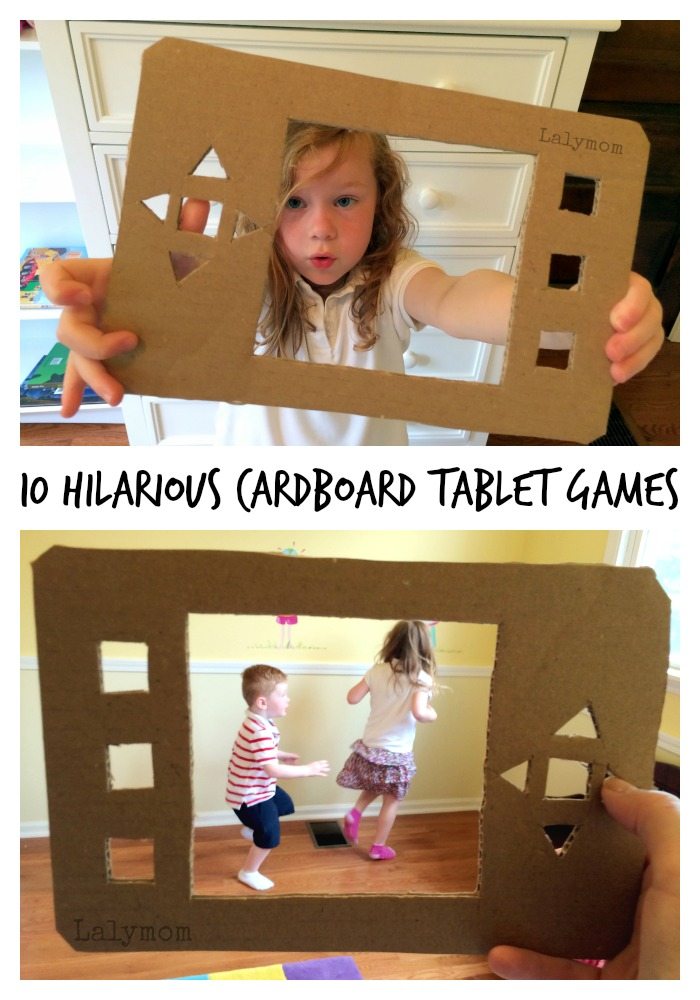 Video Game – The person holding the tablet presses the buttons to tell the person in the screen to run, jump, squat, twirl and other motions. This can be adapted to any type of video game, dance, superhero….eh I don't know any other types of video games. Ha! Your child can also use toys if they wish.

Music Video – Put all those nursery rhymes to good use. The person holding the tablet presses a button and says the name of a song and the person “in” the tablet sings.

The News – The person in the tablet reports whatever news story they can think of.

Toy Clean Up – The person holding the tablet presses the buttons to “click” on all the toys they can  and the person in the tablet picks them up before the timer goes off. (Lalymom favorite)

Cooking Videos – The person holding the tablet presses a button and calls out a dish while the person in the tablet shows all the steps to make it.

Surprise Egg Videos – Okay. My kids have tablets. They've seen the Surprise Eggs Videos and they're crazy for them, so now they can make their own.

Favorite Show – Any show your kids like can be acted out on the tablet.

Interactive App – We have a few apps that are like Wacky Mad Libs, so the game prompts you for answers to questions and then uses those answers in a story. You can do the same thing!

So those are the ways we found to play with our super simple cardboard tablet and, well if you have kids, you know the hilarious stuff they say! It's been a giggle-inducing activity! My favorite was when my daughter was telling me the news about her favorite animals. She was totally serious about everything and it was soooo hard not to laugh! 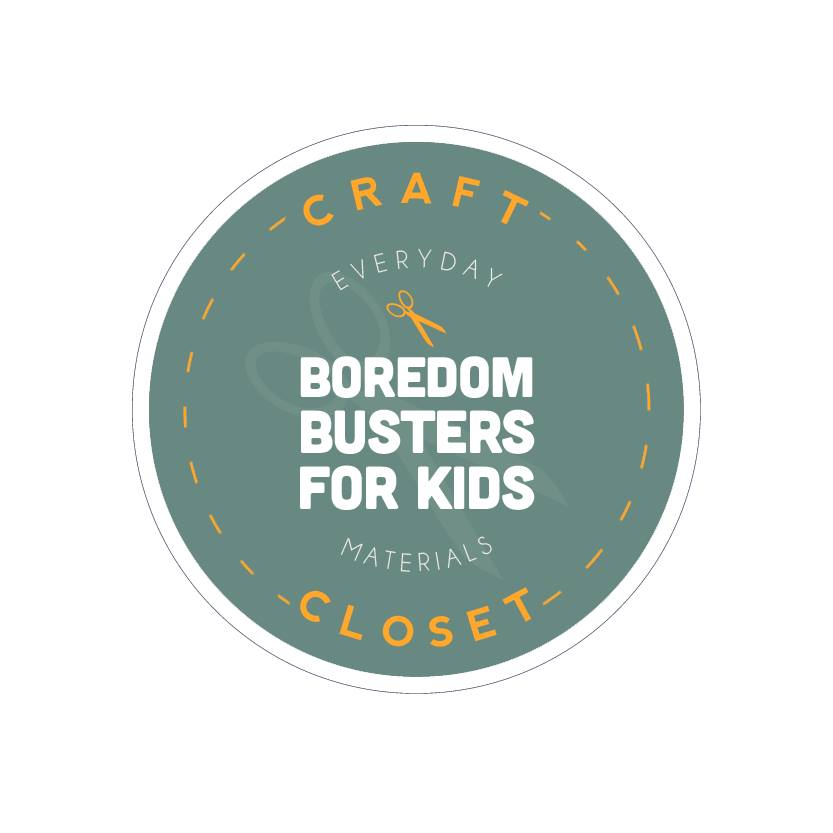 Be sure to head over to Frugal Fun for Boys for the whole series, but here are today's other super fun ideas!

Craft Stick Exploding Boomerangs from I Can Teach My Child

Make a Balloon Yo-Yo from Frugal Fun for Boys

Disclosure: I am a member of the Collective Bias®  Social Fabric® Community. I joined this organization because I knew they worked with Mariano’s and I was really excited for the opportunity to work with them. This shop has been compensated as part of a social shopper insights study for Collective Bias and Mariano’s. The opinions are all mine though!… 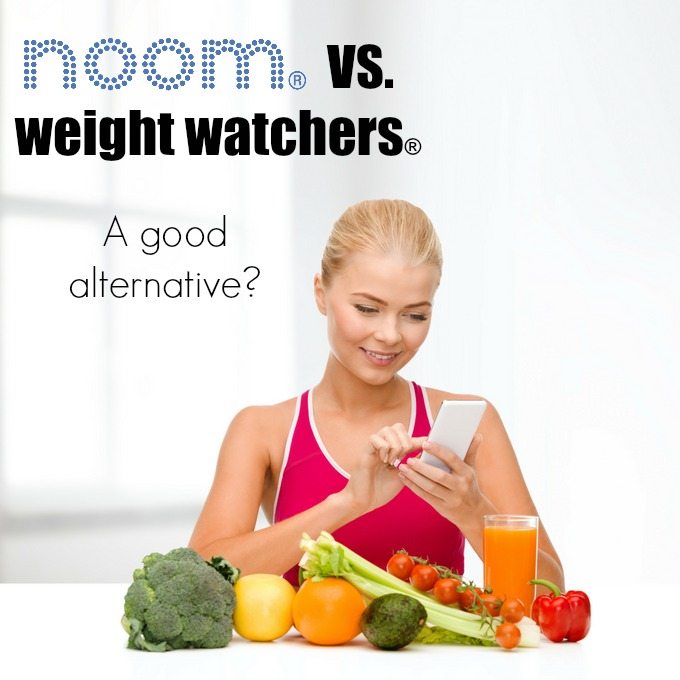 Inside: We will compare Noom vs. Weight Watchers to see if this new weight loss app is a solid alternative to weight watchers. Referral and affiliate links to products that I believe in are included in this post. With the sheer number of weight loss programs available today, it’s hard to find one that stands…

Whether you are entertaining a crowd at home, heading to a get-together or just want to add some pizzazz to tonight’s dinner, check out these Easy Instant Pot Appetizers below. Your pressure cooker will make it a breeze to serve up some yumminess tonight! FYI: I have added a few affiliate links to this post… 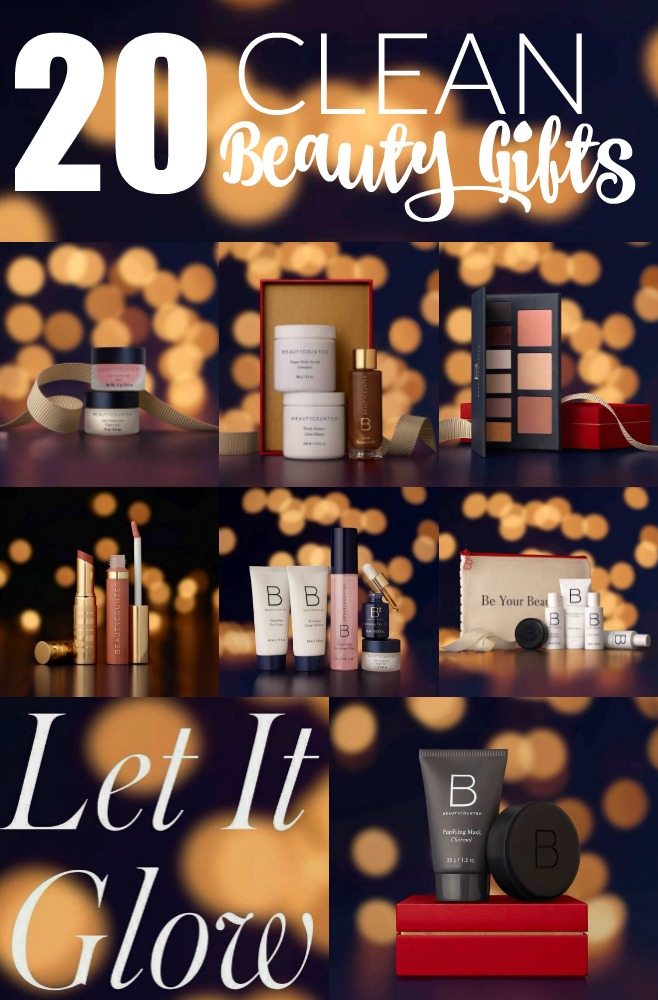 Hi guys, today I am sharing a great list of 20 Clean Beauty Gifts for every lady on your list! As the holidays loom large, eyeballing me with a “get going” kinda look, I’ve been thinking more about spreading the Clean Beauty message through gifts. It makes total sense, right? You reach a point in…

If you are part of the Instant Pot Craze, you no doubt love how it cuts down on cooking time. Today I’ve got a collection of Insanely Quick Instant Pot Recipes. Affiliate links are used in this post. Ever since the day I purchased my Instant Pot, I knew it would get a lot of…

We are following along with Jessie’s weekly color themes at Play Create Explore and this week is a good one: Orange! Here are some things we did at our house! Orange Peel StampingI loved Jessie’s Shaving Cream Printing Craft but I am still not “embracing the mess” enough to play with shaving cream! We tried another idea though,…