Today's post is another DIY Toy in our series of construction related recycled crafts. It was super simple to put together and my toddler has been playing with it ever since I made it! 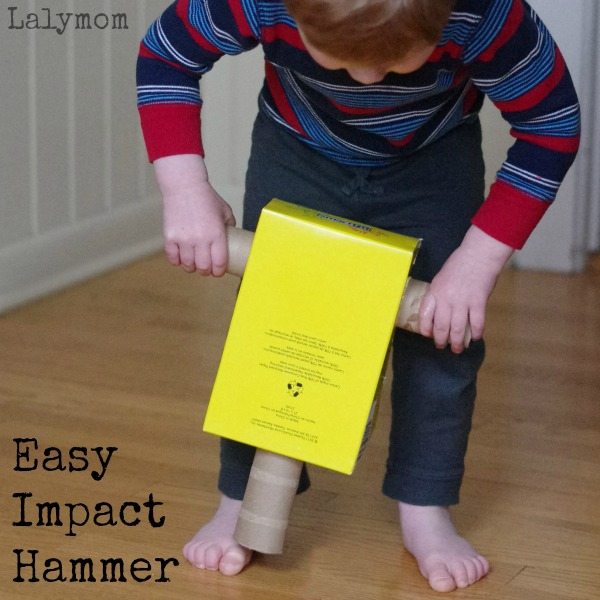 Months ago I was talking to my friend Georgina over at Craftulate all about how her son was really into construction vehicles and that my son had just started playing with construction vehicles too. She told me about these videos called Twenty Trucks but we never really got around to watching them until this week.

Holy moly. My son LOOOOVES them. Love. L-O-V-E! We both end up walking around the house humming and singing the words to the songs. They are so fun and since seeing them we spot more construction vehicles on the road than I ever noticed before! I mean when have you ever been driving and said, “Look honey- a vacuum truck!” Well maybe you have but I had not!

So since we had previously made him a Cardboard Bulldozer Blade and Steamroller, we moved on today to an Impact Hammer. Now, we first learned the name for this item in the Twenty Trucks video of the same name. You can watch Impact Hammer here, and if you easily get tunes stuck in your head, warning this one lodges right in there.

So when I went to look up impact hammers to learn more about them I realized they are what I always called jack hammers. From my little bit of googling, it really seems like I should have called my cardboard craft here a jack hammer but the truck from twenty trucks that we are emulating is called an Impact Hammer and HOW on earth would we walk about the house using this toy without singing the SONG?!

So if you're here to correct me, that is why it is called an Impact Hammer and not a Jack Hammer. You can call it what you want and we will all just have fun playing with it. 😀

Okay here is how to make it, if it is not super apparent by looking at it. 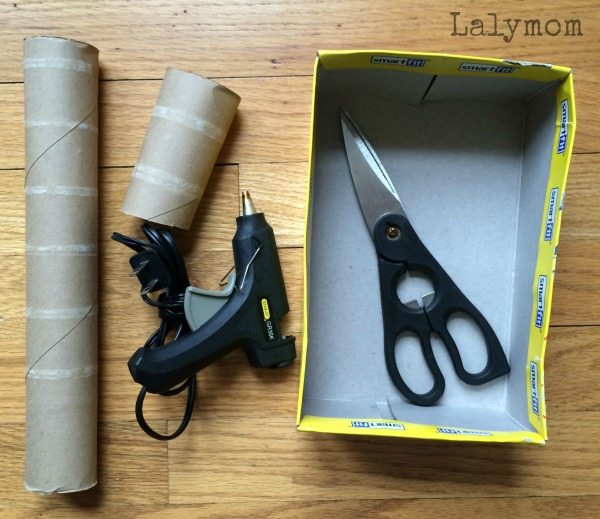 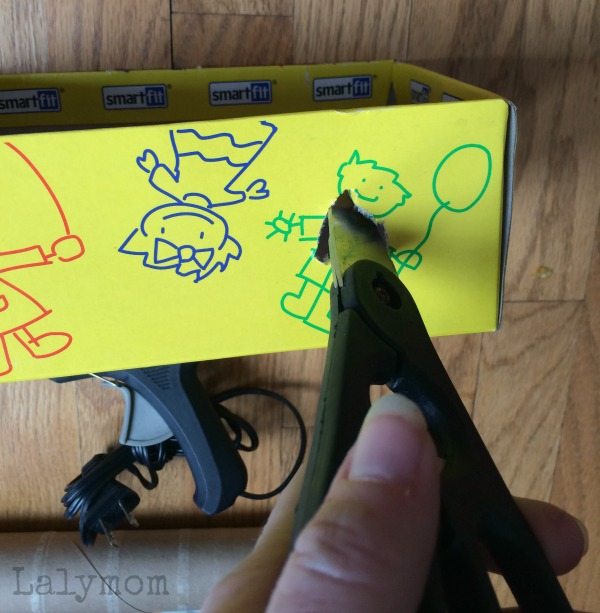 Add the handles: Using the scissors poke a hole about 2 inches from one end of the shoe box and cut out a circle large enough for the paper towel roll to fit through. Cut a matching hole on the other side of the box and slide the paper towel roll through. (Boy it is unfortunate that I needed to put that handle right where that kid is! Oops!) 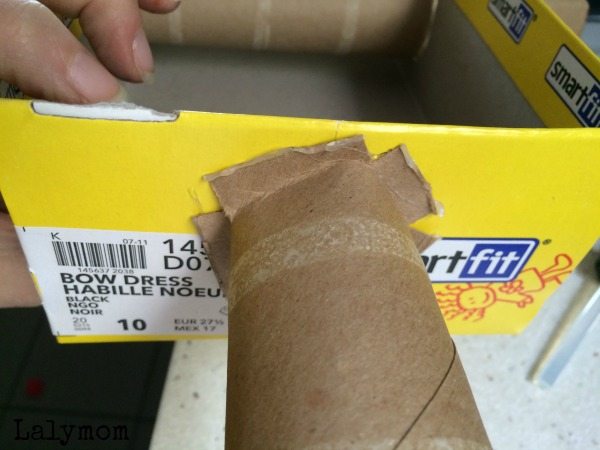 Add the hammer: Use your scissors to snip 5-6 small cuts in the end of the toilet paper roll. Fold them outward so that you have a flat surface to glue to the shoe box. Working quickly, apply hot glue to flat flaps on the toilet paper roll and place on the center of the bottom side of your impact hammer.

Let the glue dry and you are all set!

Line up some mega blocks or other blocks next to each other (but not connected) and show your little construction fan how to use the impact hammer to break them apart.

Mega blocks are also great for trying to line up the “hammer” and press it down over the round parts of the blocks.

Set up some plastic bottle caps or marker caps or something similar and pretend it is a riveter and go down the line pressing the toilet paper roll part down over the caps.

Line up a set of dominoes and use the impact hammer to knock over the first one!

If you like this recycled crafts idea please do share it on Facebook or Pin it! And tell me about your construction vehicle fan- which vehicle is a favorite at your house? 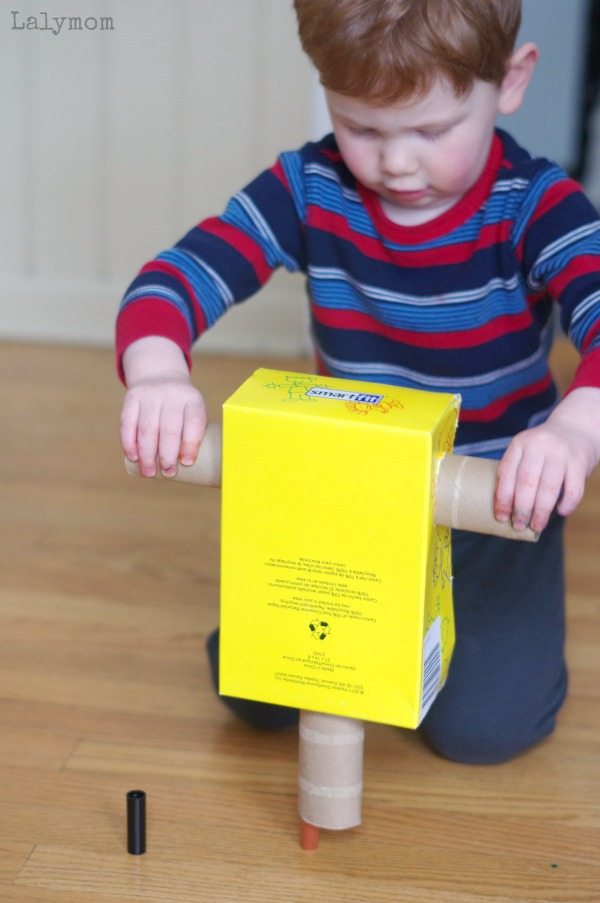 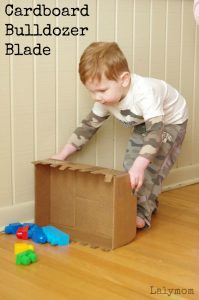 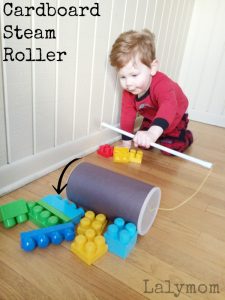