If you are a swimmer looking for the best fitbit for swimming, look no farther. I've got all the details of which fitness trackers are waterproof and which watches track swim laps. Affiliate links to recommended products are included in this post. 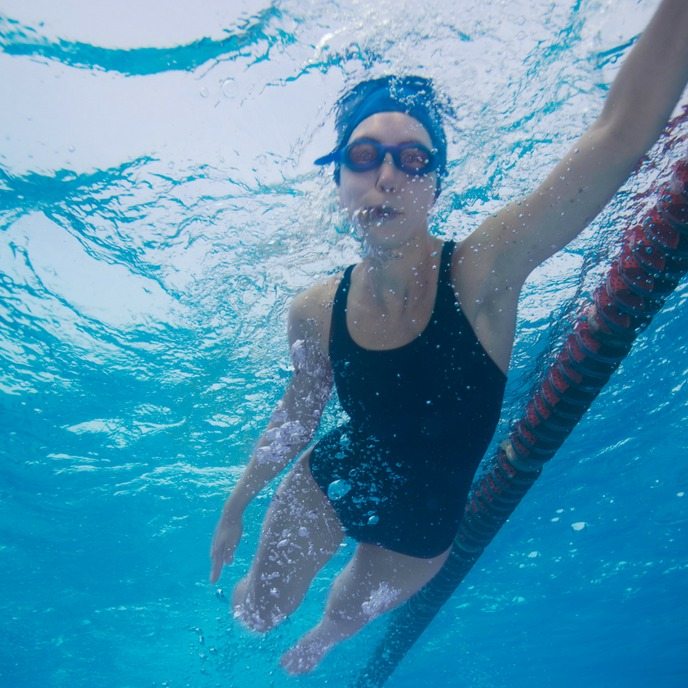 For years now I've been answering the question, “Are Fitbits Waterproof?“

And any swimmers out there will tell you that even the waterproof fitbits out there are not created equal. There are a few reasons why.

Considerations When Buying a Fitbit for Swimming

When thinking about buying a sports watch or tracker for swimming, consider precisely how you plan to use it:

Fitbit for Water Aerobics– You just need a waterproof fitbit and don't need to worry about swim lap tracking. Some track your heartrate and some don't that is the other main difference to consider.

Fitbit for Open Water Swimming– Some swim trackers require you to set the distance of your pool and they track your distance based on laps. If you plan on doing open water swimming this will be a real problem for you.

Fitbit For Swimming with Kickboard – So, mental note, you usually wear Fitbits on your arm. That is how it usually measures your stride and movement. If you swim or do drills using a kickboard, you're keeping your arms still, so Fitbit will have trouble tracking your movement. You could try wearing it on your ankle, which is a common fitbit hack for when you are walking and pushing a stroller or cart, but I have not tested that to see if the swim laps will be counted. 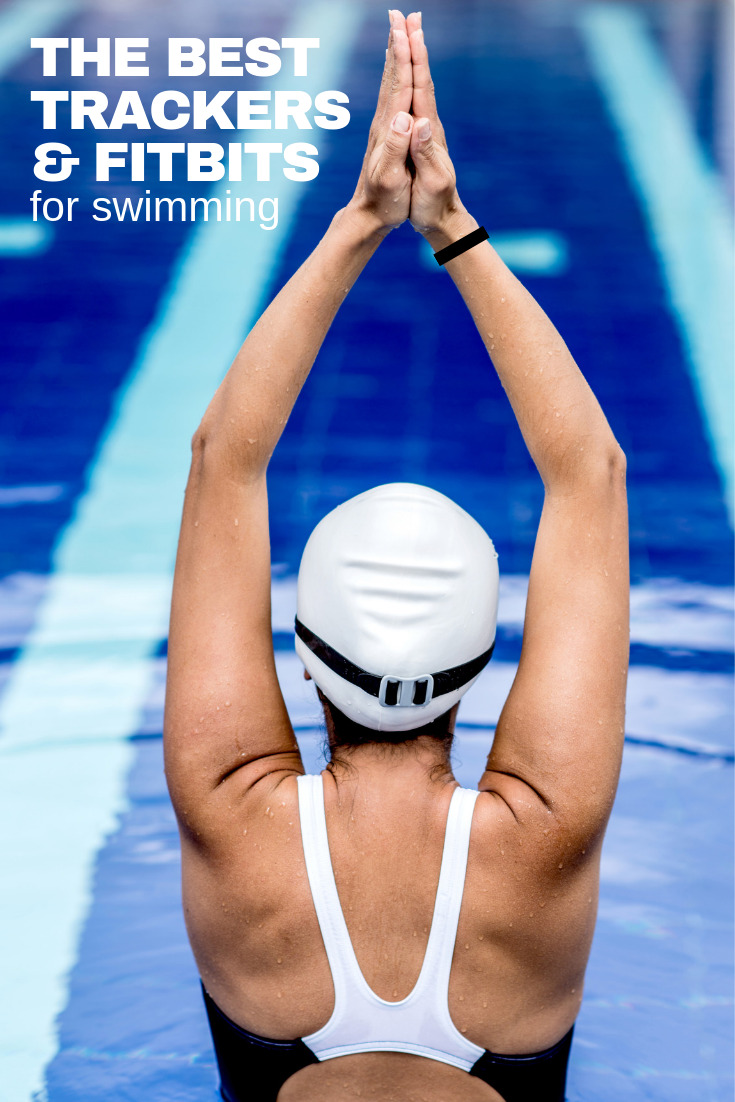 Let's walkthrough the various Fitbits for swimming, and some other brands that may be even better, depending on your needs.

Click through the bold links below for more details, specs and reviews:

When Fitbit released the popular, value-priced Fitbit Flex 2, a lot of people were excited to learn that it was actually waterproof. FINALLY! A Fitbit that is truly waterproof, and it is affordable too!

It touted swim lap tracking capabilities but reviews of the swim tracking accuracy and ease of use were mixed, at best. Some early users reported a complete lack of accuracy. If you are using it at the beach, for water aerobics or don't need to worry about swim lap counting, Fitbit Flex 2 is a great, basic, waterproof fitbit.

Fitbit flex 2 is bracelet style, meaning it does not have a watch face. If you do not need a watch face, this is the best value waterproof fitness tracker. 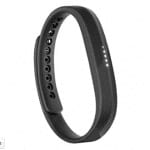 One of the newest fitbits to hit the market is the Fitbit Inspire HR, which seems to combine a lot of the features of the Flex 2 with an Alta HR.

Fitbit Inspire HR is waterproof and offers swim tracking. It also tracks heart-rate and has a watch face, both of which make it an upgrade from the Fitbit Flex 2. Because it has a screen, you can link it to your mobile phone to alert you when you have calls, texts or notifications too, although the screen can seem small when comparing it to the Smartwatch varieties like Fitbit Ionic and Fitbit Versa below. 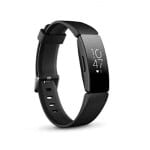 RELATED: Fitbit Ionic VS. Fitbit Versa VS. Fitbit Charge 3, Which Fitbit is Best?

Next Fitbit released the Fitbit Ionic, which was the second waterproof fitness tracker in their lineup. A much more robust sports watch, full of features, like general heart-rate tracking and onboard GPS, the Fitbit Ionic received better swim tracking reviews.

Ionic also has the advantage of being able to add third party apps, which means there is potential for third party swim tracking apps to be developed and added.

Click Here to Check the Best Prices on Fitbit Ionic 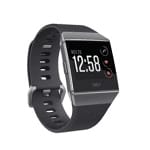 After Ionic, Fitbit introduced the Fitbit Versa, another waterproof smartwatch fitness tracker. Slightly smaller in size, and otherwise very comparable to the sports watch Fitbit Ionic, Fitbit Versa is positioned as more of a lifestyle watch (It looks very similar to an Apple Watch and has more fashion band accessories available, versus the more athletic appearance of the Fitbit Ionic).

Verdict: The Fitbit Versa is an awesome, fitness tracker that can go from the gym, to the pool to the office to date night, with tons of premium features. 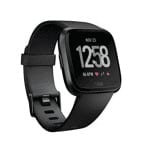 BELOW: More Sports Watches and Fitness Trackers for Swimming 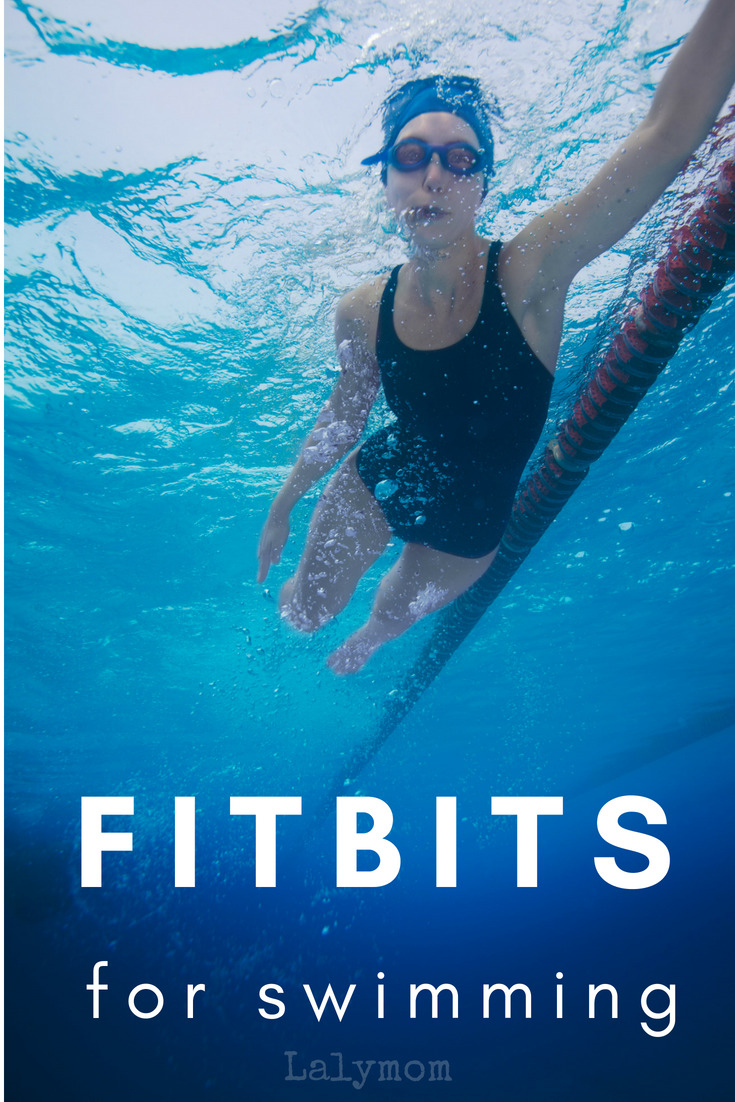 If you're not tied to the Fitbit Brand, there are other fitness trackers to consider for swimming.

MOOV Now is truly a multisport training fitness tracker. With the free MOOV app, it offers free guided programs in sports including running, cycling, swimming, body weight training, and cardio boxing. MOOV NOW for swimming offers the most advanced swim tracking and stroke detection available so you can focus on your swim, not counting laps. One notable difference between this and many other trackers is you will just need to change the battery every 6 months, there is no weekly or daily charging. However, it does not have a watch face and you cannot glean much information from looking at your wrist.

Misfit Shine Swimmer's Edition – The Shine automatically tracks steps, distance, calories, and light and heavy sleep, non-charging, replaceable battery lasts up to 6 months. It also tracks laps and swim distance with industry‐leading accuracy offers vibration alerts for call and text notifications, movement reminders, and alarms. Similar to the MOOV, there is no watch face display, it is more stylized to show progress. The earlier versions of this tracker reportedly had wrist band issues that allowed the tracker to pop out. More recent reviews suggest an improvement in this area.

Garmin Vivoactive HR – This updated version of the Vivoactive is totally different looking from previous models, and adds a lot of features- including heart rate tracking. With GPS-enabled running, biking, swimming, skiing, snowboarding, golf, rowing, paddle boarding and activity tracking right on your wrist, you can sweat all day with your phone safely tucked away.

Polar V800 – Another Polar model, this one is endorsed by an Ironman Champion, so it must be good for swimming, biking, running and all around athletic training!

Which swim watch or fitbit for swimming looks right for you? 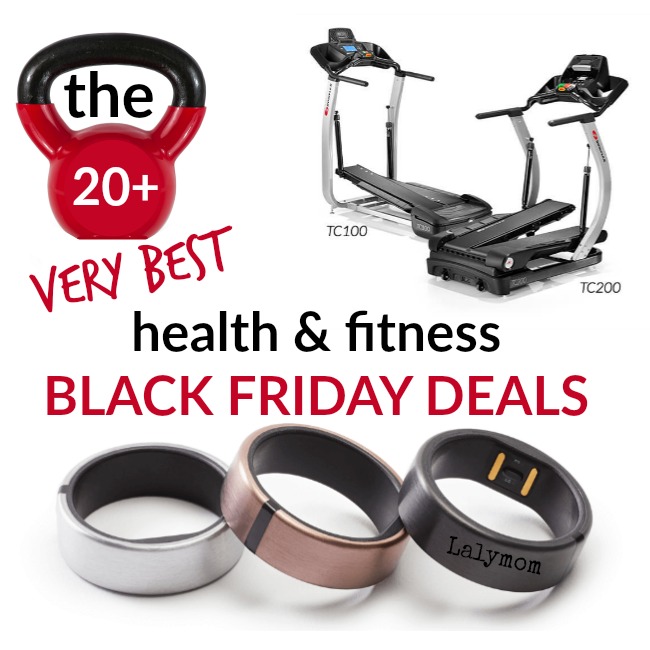 Well the 2018 Holiday Shopping Season is upon us, so today we are looking at the Best Cyber Monday and Black Friday Health & Fitness Deals available online. I’m so excited about all these apps, gadgets, meal kits and services- and all the great prices! Partner affiliate links are used in this post. What is… 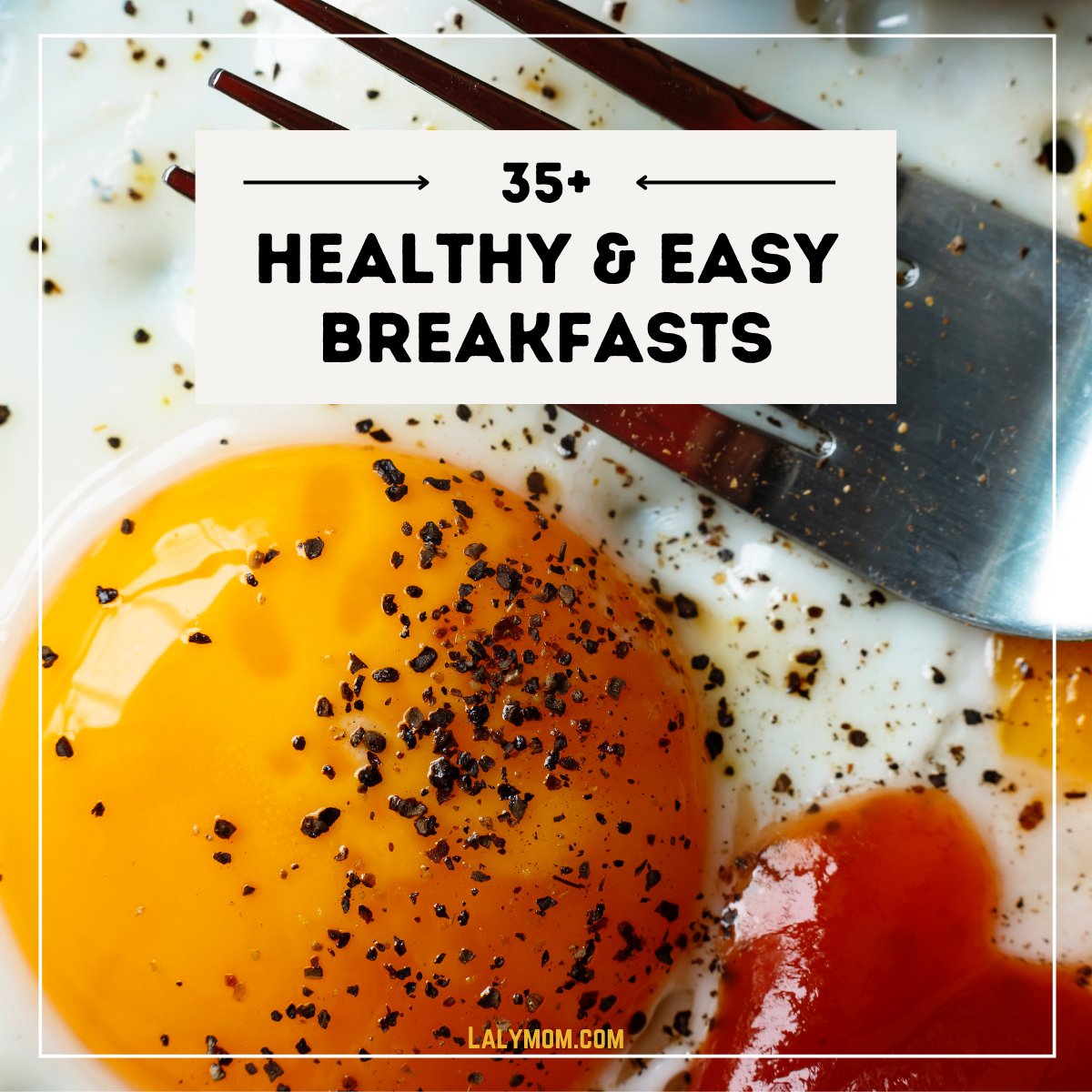 When you are trying to lead a healthy lifestyle, the best place to start is the first meal of the day. That’s why today we are sharing healthy breakfast ideas to help you start every day off on the right foot. Whether you like batch breakfasts or make-ahead meals, sweet or savory, we have ideas… 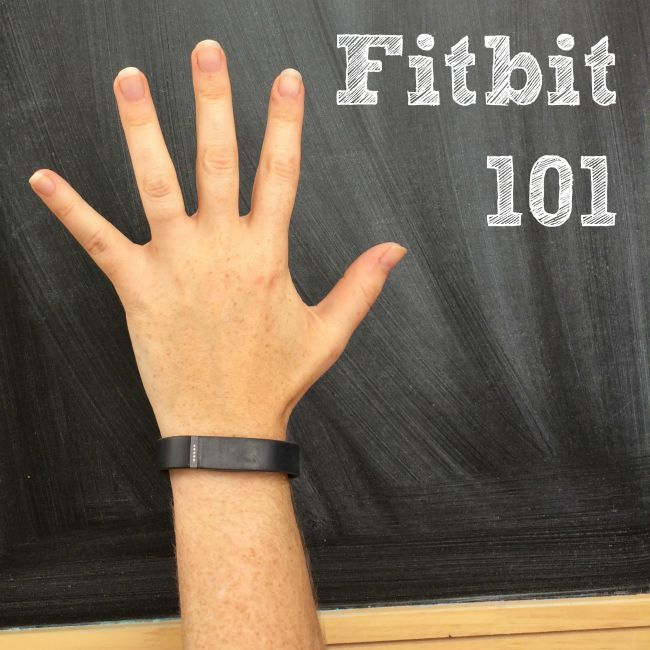 Inside: This Fitbit 101 guide answers questions like “What is a Fitbit?” and “What does a Fitbit do?” If you are wondering how fitbits work, this easy guide is perfect for you. You’ll learn what a Fitbit is, and how it can help you lead an active life. I’ve even got some referral links for… 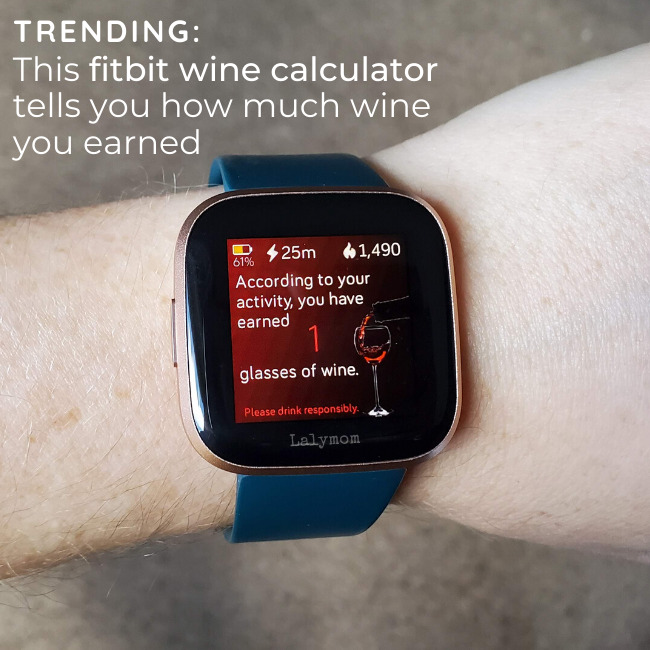 You guys know how much of a Fitbit fanatic I am, right? Well I have to tell you about this hilarious twist of fate that I found out about just in time. This Fitbit Wine Calculator actually tells you how much wine you’ve earned based on your activity each day! LOL! I KNOW (Turns out… 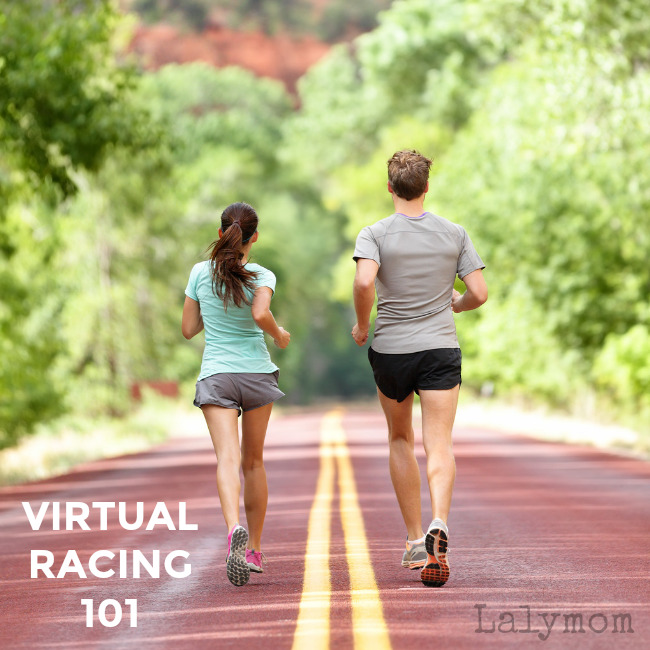 Have you seen ads popping up for the newest cool thing in running- virtual racing? If you’re wondering what the heck a virtual race is, or if you want to run a virtual 5k, here are all the details! Direct affiliate links to our trusted partners are used in this post. Over the years you… 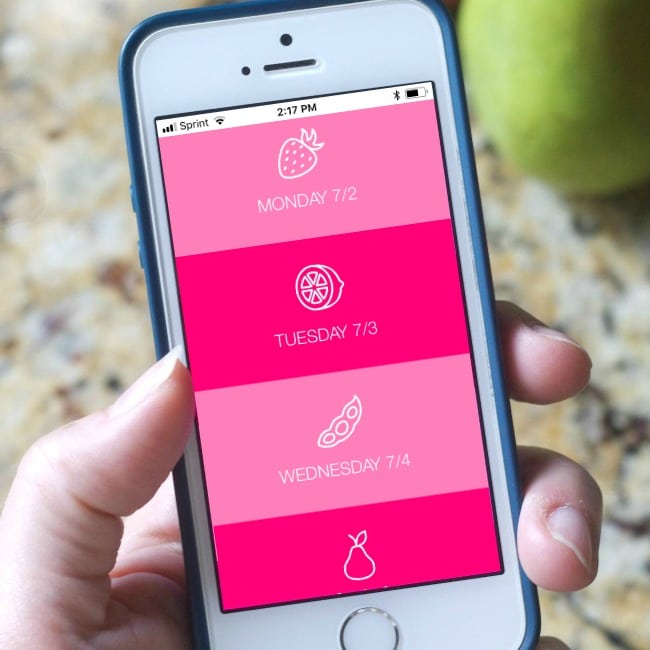 Inside: In this LadyBoss Review, get the scoop on Kaelin Tuell’s Ladyboss Lifestyle Weight Loss Program and find out if the Ladyboss Lifestyle delivers results. I do not work for Ladyboss but I do share my partner referral affiliate links in this post. If my review helps you decide to take action, I’d love to have…