Today I am talking once again about my favorite activity tracker, the fitbit, to answer the popular question, “Are Fitbits Waterproof?” The short answer is- only some of them! I've got some easy affiliate links for you in case you want to nab one that is. 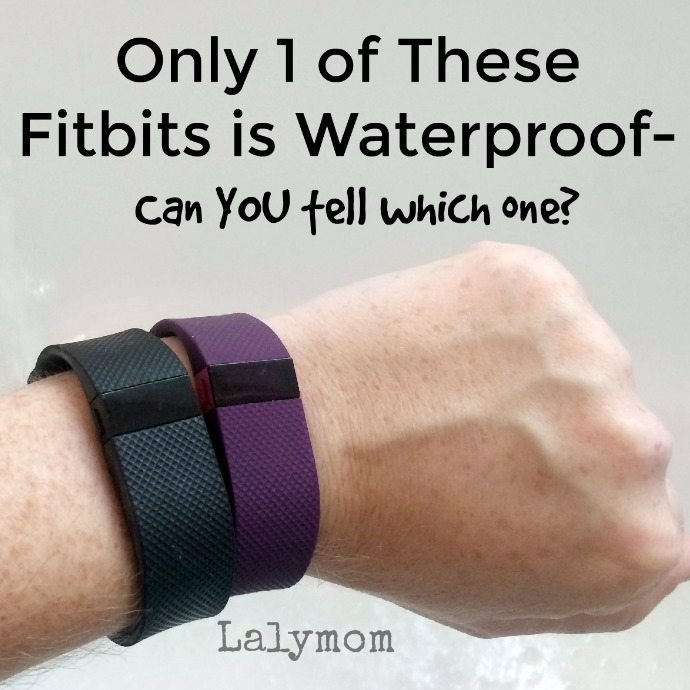 So a while back I write about 5 Ways to Make Your Fitbit Waterproof, and I have gotten a lot of responses to it.

Many people write in to tell me that they wear their fitbit in the pool or shower every day, or even that they washed it in the washing machine and it was totally fine. Which…is awesome and if you are one of those people, then I'm so glad you are one of the lucky ones!

However according to Fitbit's own website, their standard trackers are really water-resistant or splash proof and not meant for regular immersion in water, such as swimming and showering.

Here are the current Fitbits that are actually waterproof:

Did you know there is also a Waterproof Fitness Tracker Ring?!

Otherwise you will see they are not waterproof. For example, the Fitbit Surge has been “tested up to 5 ATM meaning it is sweat, rain and splash proof. However, the device is not swim proof.” They also recommend “taking Surge off before showering because, as with any wearable device, it’s best for your skin if the band stays dry and clean.”

Fitbits are an investment, like any piece of tech. And just like that friend who dropped her cell phone in the pool and it still worked…I'd tell you just because you CAN do it, doesn't mean you SHOULD do it. If you have been getting away with swimming and showering with your fitbit, again- that's awesome! But just know that it is a gamble.

If neither the Flex 2 or the Ionic are doing it for you check out the 19 BEST Waterproof Fitness Trackers for some other brands. 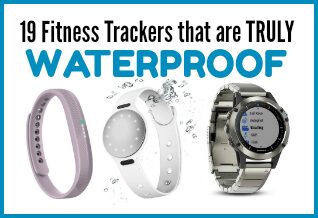 I'll tell you who makes Fitbits waterproof. Waterfi does. Waterfi is a super cool US Based company that actually buys certain models of Fitbits directly from the company, opens them up, seals the internal components and closes them back up.

If you're shopping for a really hardcore swimmer or surfer, they also have waterproofed Underwater Apple iPod MP3 Players! :-O  I KNOW. So cool.

They have a waterproof eReader too, for your favorite tub or beach reading friend. 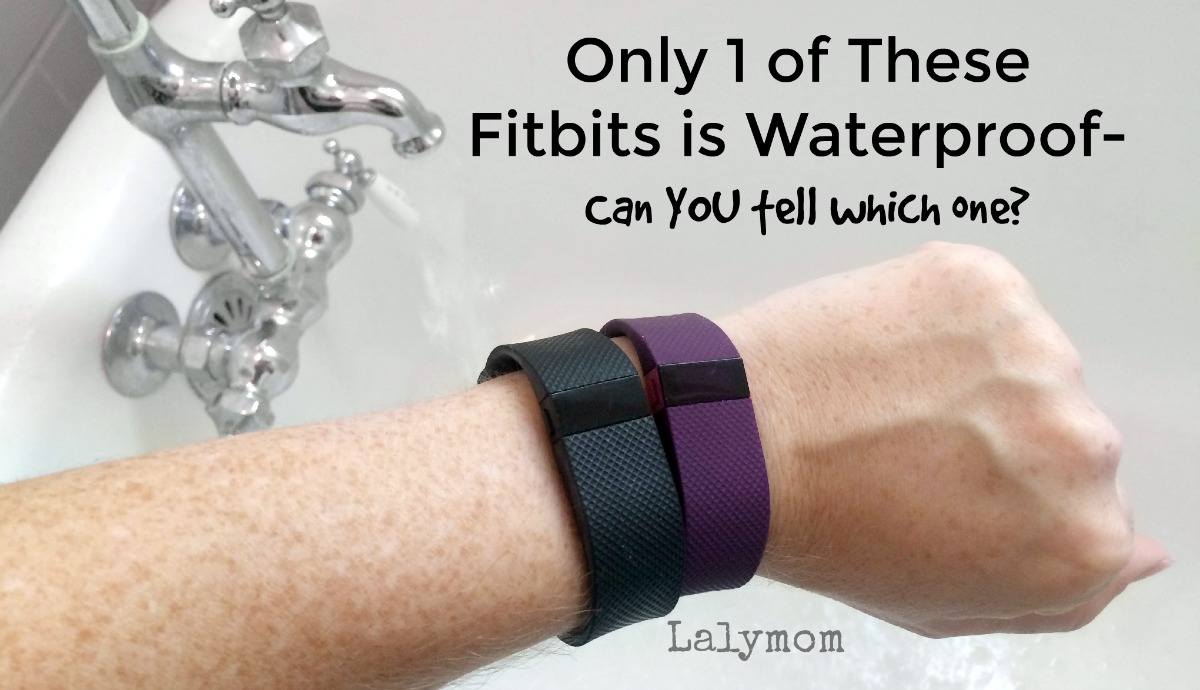 After discovering the waterproofed Fitbits from Waterfi, I reached out to them to do a review. They sent me one for free but I'm giving you my honest opinion.

If you're still trying to figure out which Fitbit in my pictures is the waterproof one…it's the black one. You can't even tell a difference can you?! Actually I think the black one is a large, while the purple one is a small, but otherwise, same-same!

Okay on with my review. Things I like about my Waterfi fitbit charge HR:

I previously used a Fitbit Flex so in comparison to that, there are several general features of the Charge HR that I really like. The Charge HR has a clasp style band, which I greatly prefer. I have never had this Fitbit pop off my wrist. With my Flex I purchased two different watch clasp style bands to replace the original pop tab band, but neither of them protected it fully from water, of course.

As compared to the Flex I also like the display better on the Charge HR because you can use it as a watch and it gives you a lot more information than the Flex. With my flex I had to wear the Fitbit and a watch. 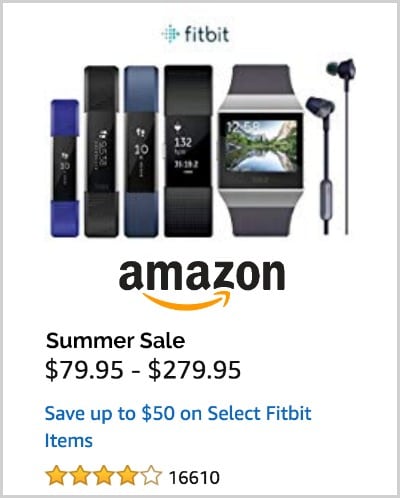 Making this fitbit waterproof is the icing on the cake. It means I don't have to worry about it when I give the kids a bath, when we go to the beach, when I swim laps or take classes in the pool (I love me some Fluid Running and Aqua Zumba).

You should still dry it off when you are done getting it wet, which also will allow for your wrist to breathe.

Not much really- it functioned completely as advertised and I feel really confident in the water, which is the whole point.

One thing swimmers should know is that these waterproofed Fitbits (other than Flex 2 and Ionic) will not really record your pool laps any differently than they record any other activity. So you WILL get “fitbit credit” for being active during that time, and you can see your heart rate during that activity (my favorite thing) but this won't replace a true swim watch. I use it mainly for non-swim pool classes but I did swim laps and for once, I got out of the pool and did NOT have a blank spot in my activity level. 😉

Otherwise I think my gripes are mainly cosmetic and have nothing to do with the waterproof aspect that Waterfi provided.

The Charge HR is a little larger than the Flex and Alta, so it is more obvious that you are wearing a fitness tracker. There are not as many Fitbit Accessories for the Charge HR either, but that is not really a fault of the tracker itself. The waterfi models have the same body as you would get from fitbit though, so any accessories you buy for the fitbit models will easily work with the waterfi waterproofed ones.

Also, you have to wear the Charge HR higher on your wrist than the Flex or Alta due to its heart rate tracker. When I saw people wearing Charge HRs before I owned one I always thought it looked awkward and unintentional to wear it that high but now that I have one it is second nature.

Along those same lines though, I wish the waterproofed ones came in the range of colors that regular fitbits come in, but the good news is that Waterfi can waterproof your existing fitbit (only certain models) and it comes out to about the same cost as buying a new Waterfi product. SO. If you already have a pretty colored fitbit, or you plan to buy one, then head over to waterfi to see which models they will waterproof. If you are in the market for a fully waterproofed Fitbit, head to the Waterfi Store on Amazon.

Otherwise, nothing functional to complain about. I just love the freedom of not worrying about getting my fitbit wet! Hooray!

RELATED: 15+ Tips for Hitting Your Step Goal – From Fitbit Fanatics! 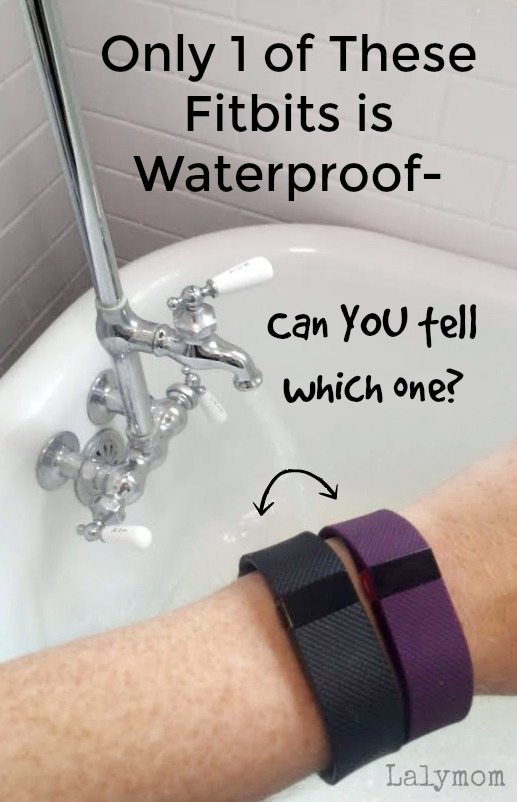 Here are the stats of the Charge HR from Waterfi:

The giveaway has ended, congratulations to Herchel S. on your new waterproof Fitbit! 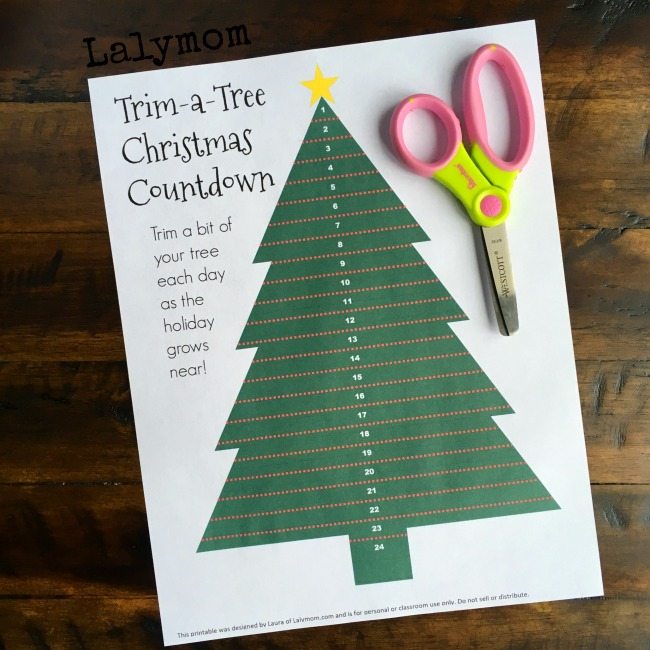 Well the calendar is about to change once again. We are about to enter December, which means it is time for a Christmas Countdown! Here is a free printable countdown to do with your kids or in a classroom. Affiliate links are included in this post. My kids started asking “Is today Christmas” pretty much… 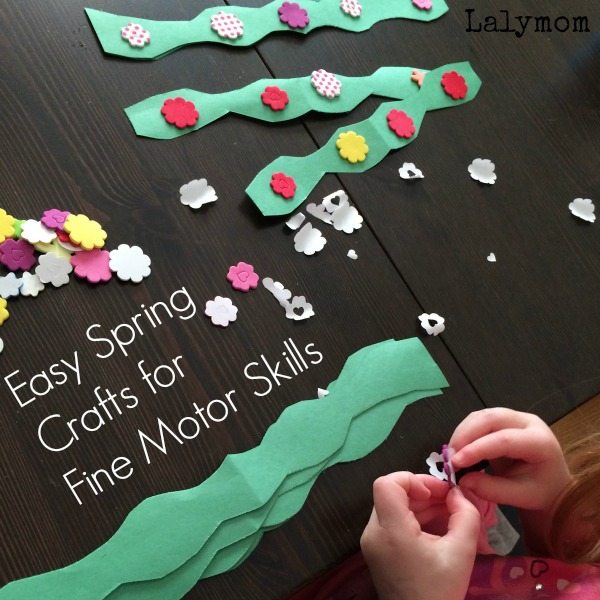 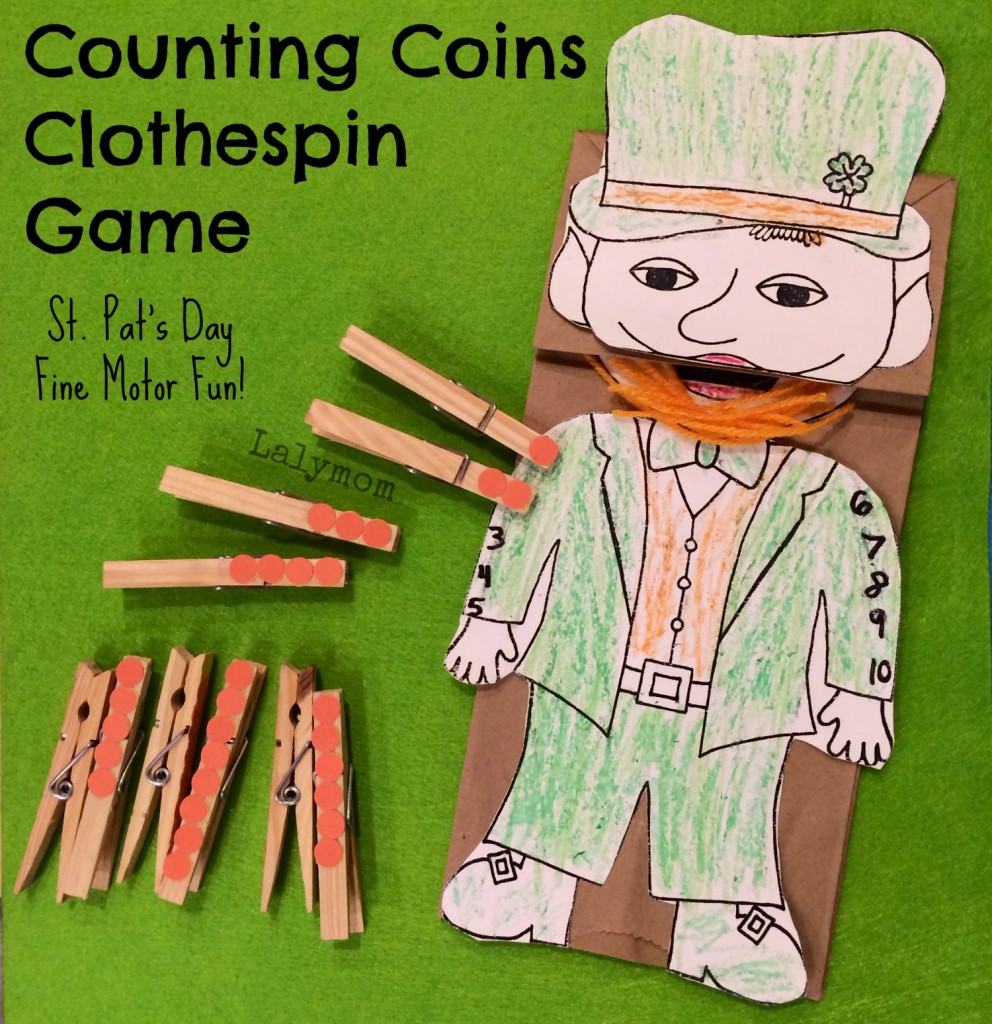 This week for Fine Motor Fridays I’ve got a fun St. Patrick’s Day Craft for Kids that has bonus Fine Motor Fun added in! We haven’t done much for St. Patrick’s Day at our house in the past. We usually get together with friends at a family-friendly Irish Pub in Chicago. It’s pretty fun to… 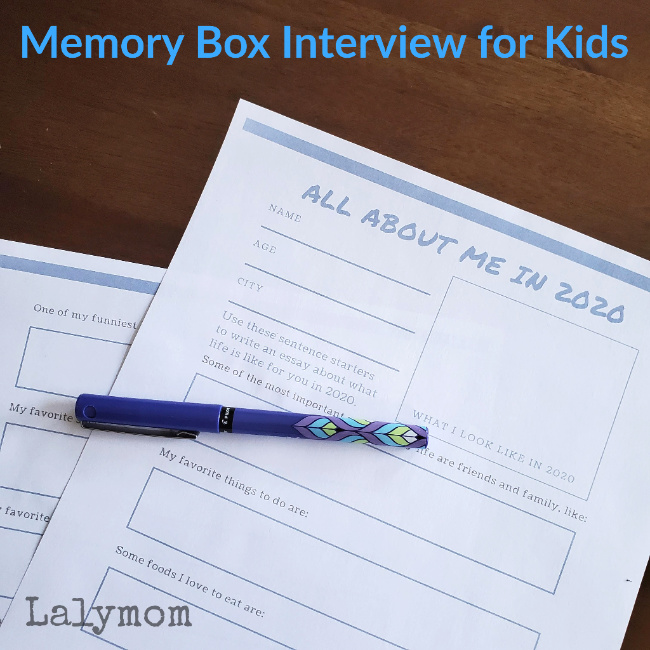 Inside: Get a FREE Printable All About Me in 2020 Interview, which is perfect to remember what life was like for your kids during this crazy quarantine we are living through. The free writing prompt printable is available by using the purple sign up box below. So we are on day 2 of quarantine for… 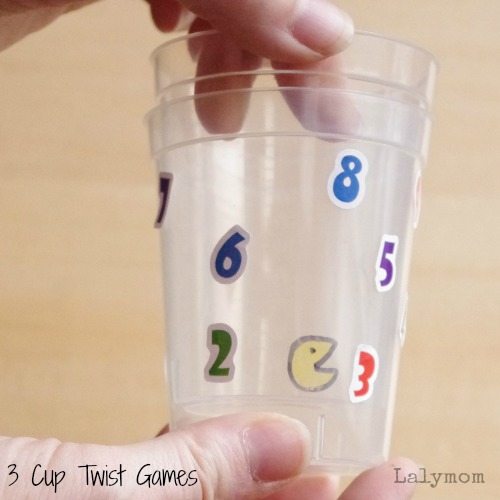 Welcome back to another week’s Fine Motor Fridays! Today’s Fine Motor Games are so very simple to set up and so versatile too! They make nice little concentration games that could be used to focus on bilateral coordination and visual scanning. My son really likes to tinker and figure things out. He loves books with… 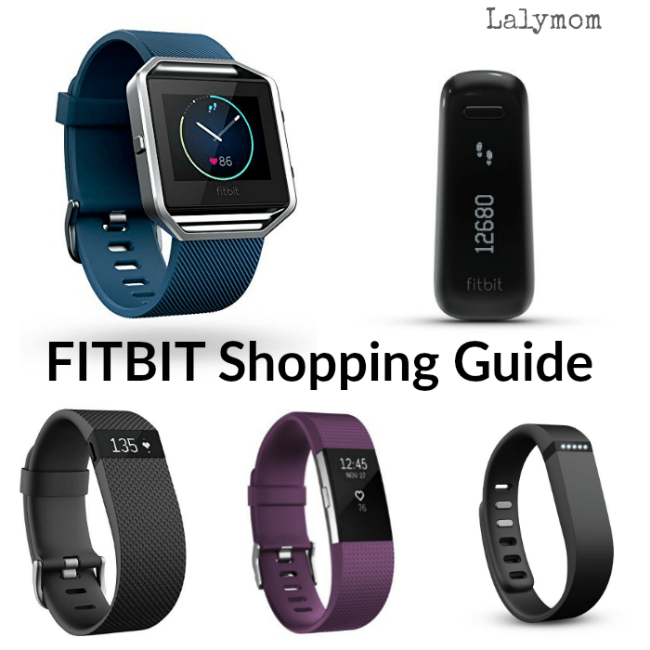 Whether you are shopping for yourself or for a gift, you always want to find the best deal, right? So today I’m sharing tips on where to buy fitbit on sale and best fitbit prices for each model. This post includes affiliate links for easy deal shopping. Since I started using my Fitbit I’ve been really…